When We Were Kids--Christmas of Yesteryear 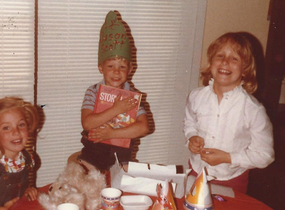 Technology has so many advantages and we live in incredible times, but there is something about the holidays that makes me think back to being a kid. It seems so alien to remember a time when people couldn't reach you anytime or anywhere, when schools had Christmas parties and moms brought all the homemade goodies.

My son will experience things I only dreamed of as a kid. But, in a sad way, he will never experience an age of innocence that I took for granted. He will be able to watch Rudolph the Red-Nosed Reindeer any time he wants. He will never know what it is like to wait A YEAR for an animated film, or what it feels like for the entire family to stop and gather round a bowl of popcorn made in a giant popper that looked like it escaped NASA's R&D.

In an age of instant everything, I sometimes miss having to wait.

I grew up in Fort Worth, TX. Montgomery Wards was a staple in my childhood, and every time I drive down 7th street I see this beautiful building (now fancy high-end condos) that brings back so many memories, namely the toy department. I know I am dating myself, but when I was little the idea of the “mall” was in its infancy. 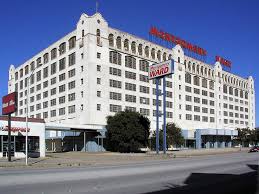 When I was a kid, we shopped at department stores where, like Vegas, there were no clocks, no windows, but always loads of smiling salespeople to help you part with your money. My little brother and I would dash between racks of clothes and dive into the “core” where we could have our own “clubhouse”….well, until my mother had enough our antics and yanked us out, swatted our butts, then swiftly detoured to Housewares—UGH! The Floor of Death.

There were few things that could suck harder for a six-year-old than being banished to the World of Kitchen Appliances and Yard Tools. My mother could spend an entire day—I kid you not—looking at refrigerators. The only thing worse was FABRIC STORES.

Ah, and then there was the waiting room for the Sears Catalogue Department. 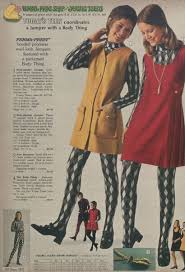 Take a number please! I remember sitting for hours in horrible burnt orange chairs playing with the sand in the ashtrays (until Mom caught me). I would peruse the catalogues, making lists of all the crap I wanted for Christmas (Lite Brite, Strawberry Shortcake, Barbie Cosmetics Set, Hungry Hungry Hippos Game, Twister {I linked to all the old commercials if you want a flashback :D}).

Meanwhile, my parents waited in line for the clothes they’d ordered for us--turtleneck shirts and orange corduroy pants with reinforced elbow and knees. Über-fashionable.

My father would stand outside chain-smoking while my brother and I took turns checking the candy machines for loose change and petrified pink Chicklets left in the metal dispenser (Hey! I was a kid!). And then they had those “treasures” that came in a plastic bubble. We could buy JEWELRY for a mere .25₵! I knew my mother was bad with money in that she could not see the value. She never once gave me two measly quarters to try my luck at landing the gold princess necklace….or a tattoo.

Christmastime was especially magical. Of course every year all the department stores would have a cameo appearance from the Big Guy, himself—Santa. I must have been one of the most annoying children ever in that I never fully bought the whole one guy bringing toys to all the children of the world in 24 hours just out of the goodness of his heart thing.

Me: How old is Santa?

My Dad: No one knows.

Me: How can he visit all the children in the world in 24 hours?

My Dad: Santa is the only thing capable of traveling at light speed.

My Dad: The speed Santa travels to give toys to all the children in the world in 24 hours.

Me: How can there be a Santa at Sears, Monkey Wards, and JC Penny’s?

And we wonder why I am warped?

I remember one year, my little brother and I got Underoos for Christmas. He had Ewoks and I had Wonder Woman. Dressed in nothing but Underoos, we climbed out my window and went across the street to show the neighbor...who promptly called our mother.

Um, Mrs. Lamb. Your children are at my front door in nothing but undergarments. You realize it's 23 degrees outside.

Department stores like Montgomery Wards held so many fine memories, but their age passed and it was time to say good-bye. It was a world where feathered hair ruled and a Trans-Am was the pinnacle of coolness. We all dreamed of one day growing up and owning Firebird, never suspecting that it too, would go extinct, left in the Age of the Department Stores.

I am glad I got the chance to grow up in a world still so innocent, where families walked hand in hand, bundled against the cold to look at all the store window displays. Mechanized elves, wind-up Santas, and department store clerks dressed as Santa's Helpers. Riding a toy train erected in the middle of Sears.

It was a quieter time, a slower time, and I miss it dearly.

What are some things you guys miss? Does Christmas make you more nostalgic than other times of the year? What  do you remember? I don't care how young or old, what is some piece of yesteryear that you want to share? Maybe you'll jog our memories!