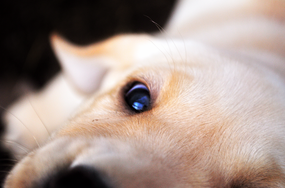 This is the first month of a new year and we all have our resolutions in place. But in order to succeed, we need to understand the terrain, the challenges we face. That's what this series is going to address---Enemies of Success. Today's enemy is Approval Addiction.

We all want approval. We long for admiration, a pat on the back, a nudge or a wink that tells us we have done something right. The odd thing is that approval is a drug. It lures us in with a rush that is fleeting. We start chasing the rush and can lose our dreams and ourselves if we aren't careful.

My grandfather started out life on a cotton farm, reading books as he walked behind a plow, his pale skin fried to a crisp daily in the unrelenting Texas sun. He was willing to give up everything to escape the spiders that bit his hands and arms as he picked the bowls of cotton every harvest. At 16, he lied about his age, joined the Army, fought in WWII, used the G.I. bill to get his college education and used that degree to eventually grow a tiny drilling company to rule the NYSE. The company he built was a major rival for Halliburton. Though the oil bust of the 80s decimated the business, his story is still one of American greatness...

My father wanted to be a writer, but he wanted outside validation even more. Writing wasn't a real job. In trying to gain approval, my dad ended up failing at everything occupation he tried because he wasn't being true to his gift. He died still writing poems and short stories in little notebooks, in between fixing bikes for $8 an hour. Tragically, he never earned the approval he so desperately wanted.

Before my father died, I'd fallen into the same people-pleasing trap. Yet, when my father passed suddenly, it was a splash of ice water in the face.

Who was I living for?

Was asked to do commercial modeling at age 14.

*table full of family members starts laughing* Kristen, thinks she's going to be a model! You really should focus on what you have, brains not looks.

Won a full AFROTC scholarship to become a doctor, the most sought-after scholarship in the DOD.

You won? Hmm, they must have been short on their quota for women.

Decided to open a green house-cleaning business to help put myself through school.

No matter what I did, the very people I was trying to please were never happy, and did you notice all the contradictions? When I wanted admiration for my looks, I only had smarts. When I sought approval for my smarts, I wasn't all that bright.

Did they sit up all night thinking of ways to emotionally wreck me? No. They were likely being helpful, trying to spare me from pain. Maybe they were even jealous. They probably had the same crap said to them at one point.

Who knows and who cares? The thing is they never were happy and likely never would be either.

People-pleasing will kill your faith in yourself. It will distract you, drain you and the only one who will suffer is YOU. What will you sacrifice for others? A dream to open your own business? To pursue art? Music? Writing? To be thin? To be financially independent?

On my writing blog I talked to writers about how critical it is to "burn our ships". Leave no escape routes. One of the major reasons we fail to strike the match is we fear rejection. Burn the ship of approval. Do this for you. Do it for your dreams.

This above all: to thine own self be true, and it must follow as the night the day. Thou canst not then be false to any other man.

~Polonius' advice to his son Laertes in Shakespeare's Hamlet.

8:00am · Operation Kindness
View All Add Your Event