This Day in Texas History - Texas Revolution Began at Gonzales Texas Flag—Come and Take It. This flag was raised by Texas settlers at the Battle of Gonzales in October 1835. Courtesy Wikipedia

According to the Texas State Historical Association, "On this day in 1835, fighting broke out at Gonzales between Mexican soldiers and Texas militiamen." 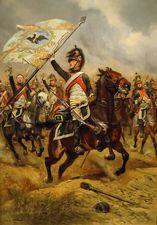 French Dragoons for illustration purposes - Courtesy Wikipedia Commons
Domingo de Ugartechea was the military commander in Texas at the time and he learned that the American colonists of Gonzales refused to surrender a small cannon their settlement received in 1831 as a defense against the Indians. He dispatched Francisco de Castañeda and 100 dragoons to retrieve it.

The THSA continues, "Though Castañeda attempted to avoid conflict, on the morning of October 2 his force clashed with local Texan militia led by John Henry Moore in the first battle of the Texas Revolution. The struggle for the 'Come and Take It' cannon was only a brief skirmish that ended with the retreat of Castañeda and his force, but it also marked a clear break between the American colonists and the Mexican government." 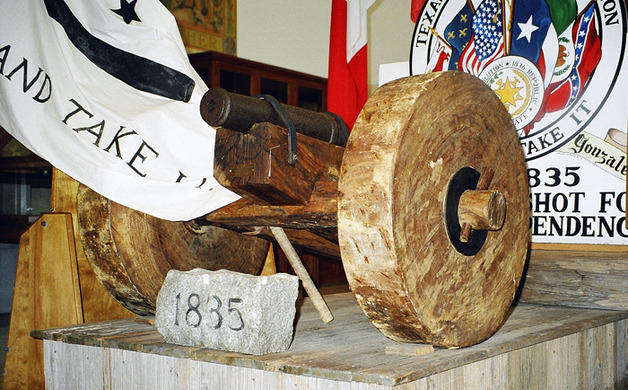 It seems Texans didn't want to give up their guns 180 years ago any more than they do today.
Community texas revolution local history